Early Morning is situated in Chugoku Region, West Japan and it is a tea plantation taking advantage of steep terrain of Chugoku Mountains and severe climate.
Situated in the center of Chugoku Mountains, the watershed of Sanyo and Sanin district. North part of Okayama prefecture. Okubiccyu region.
Surrounded by the steep mountains, this place is like Darjeeling in India. 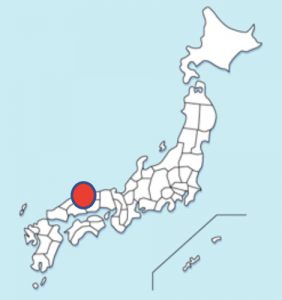 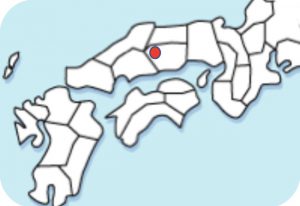 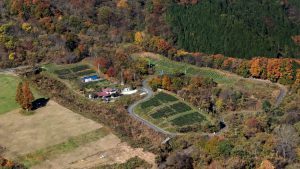 Four seasons on the plantation 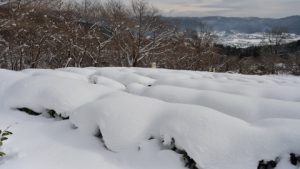 The tea plantation spends quiet time as snow covers up all around us in this season. It is an important season for tea trees to rest peacefully in the coldness therefore they are able to store enough nutrient for sprouts in spring.
Because of this snow and coldness of winter, the joy for spring increases even more. Changes of four seasons is a crucial factor for tea producing. 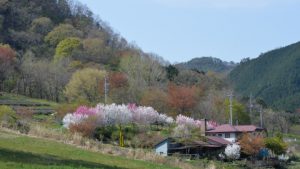 As snow beginning to melt away, chirping of little birds announces us the arrival of spring all over the tea plantation. The tea plants wake up slowly as warm sun rises.
The tea trees would start to bud at the plantation from the end of May.
First flush is produced during the end of May to July. 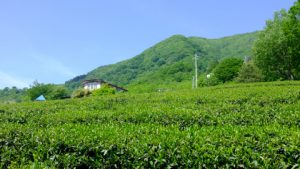 The season of fresh verdure. Our tea plantation is covered in green everywhere. The days that temperature difference exceed 20 degrees between the day and night continue even summer time.
New summer buds sprout up in the tea trees while grown tough benefitting the rain and strong sunshine.
The strong fruity flavour associated with grapes is a blessing of nature given to the tea trees of this season.
Second flush is produced during the mid August. 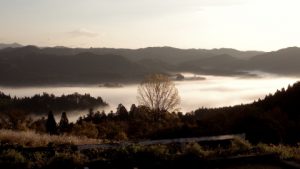 Autumnal tints and bounty of foods. The beginning of October that many light a fire in the fireplace, the tea trees preparing for dormancy start diminishing their roots and getting naturally evaporated by the dry wind and coldness.
The early morning coldness gains day by day, the sea of clouds warmed by sun become a fog at the foot of mountains and covers up the tea plantation. This is how distinctive astringency and fragrancy are created.
Autumn flush is produced during the beginning to middle of October.